Middlesbrough & District Motor Club has been associated with Saltburn-by-the-Sea, and motorsport events there, for many years.

The Hill Climb from Cat Nab Car Park up Saltburn Bank was extremely popular, not only to the riders competing, but also to the thousands of spectators who came to watch.

However, due to the discovery that we could no longer run the event due to falling foul of the Road Traffic Act, we brought back a non-competitive event which has now been running successfully for several years.

Gavin Miller; Yet another well organised and thoroughly enjoyable event. Still the highlight of my motoring calendar. Thanks to all of the organising team, event staff and marshal’s, you all worked tirelessly to make the event superb

Steve Wagstaff; Brilliant Saltburn Gathering on Sunday. Well organised, I thought the three lane holding area worked very well giving spectators more opportunity to see the vehicles. Everything worked like clockwork and there seemed to be no problem coping with over 100 entries. Many thanks. 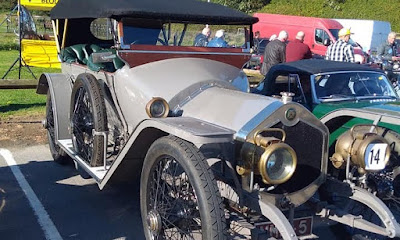 "My first Saltburn Hillclimb but definitely not my last. Had a really great day. A big thank you to the organisers and marshals for a great job"
Mike Dearman

This is a superb day with great cars and lovely people. The Middlesbrough & District Motor Club put a lot of work in to make this day run smoothly and they deserve huge thanks for their efforts.
Owen & Pam Frankland
Click on photo of Owen's MG for more photos and excellent video 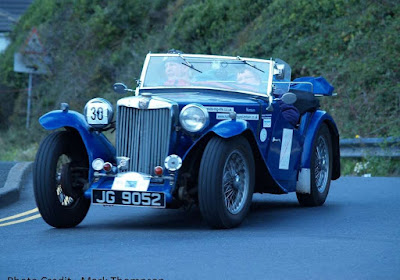 "What a great Day. Thanks Guys , You made us feel welcome, and loads of folks asking loads of questions about the car. See you all next time"
Dave and Trace Cox 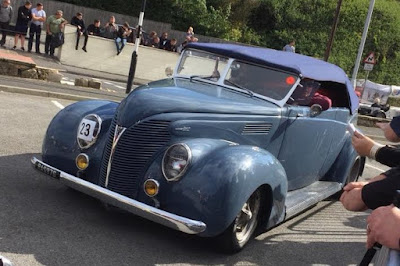 "Great day out at Saltburn with Middlesbrough Motorclub"
David Lees

"Blasting up the hill with Tony Whiteley , screaching round the first corner. All that noise at the start of the video is from a bunch of super loud motorcycles sitting right behind us at the start line"
Video link below by Sean Whiteley​​​​​ 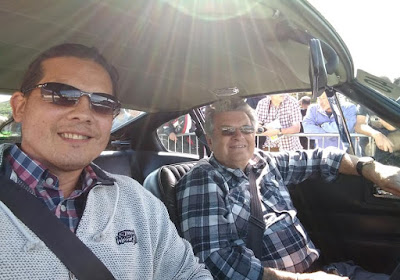 "Thank you to the Middlesbrough & District Motor Club & Rae for making me so welcome at the classic car hill climb for letting me ride in a Lotus!
Click on photo below for link to Heidi Knights Photography 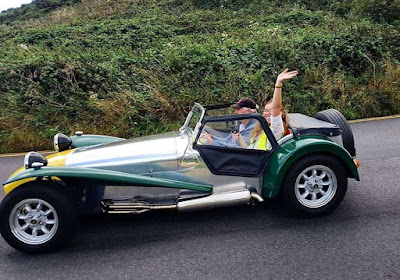 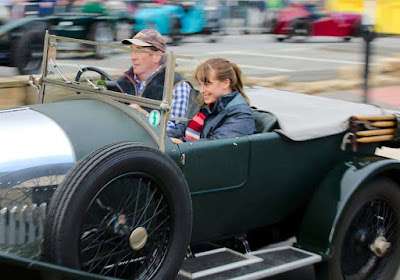 I just wanted to say what a brilliant day we both had at this years Saltburn hillclimb. We really enjoyed our runs and were knocked out by the great selection of cars and bikes entered. You even managed to arrange for decent weather. We will certainly be putting the event on our MUST DO list for next year. Thanks again, best regards
Mark and Adam Forster

Hi Just a quick thank you to all involved with Sunday's event I along with my friend had a thoroughly enjoyable day and are looking forward to hopefully take part in next years event . Thank you once again .
Martin and Roger (Nos 72&74 Austin Healeys)

Owen Frankland
Brilliant as usual. Big thanks to all who's hard work made it possible

Geoff Brittain
It was great! Some fantastic and very interesting vehicles

Chris Banks
Thanks to Middlesbrough Motor Club for a well organised Saltburn Historic Hillclimb. Sunshine and lots of spectators.

Gav Miller‎
What a fantastic day. Very much enjoyed. I spent the last 2.5 years building my car, in the main, to participate in this event. Today brought the reality home. Thanks so much to all of the organising team, and for organising great weather too! A great event run by Middlesbrough Motor Club

Terry Peacock (TYMC)
Chatting around the paddock everyone had a great day. well organised and marshalled. A lot of good comments about the quality of mugs, programme, etc. Our thanks to all of the organisers

Many, many thank you's to Middlesbrough Motorclub and everyone else who has been involved with the organising and putting on of the event.. Magnificent job, well done! Thanks Jaxx


Graham Carter (TYMC)
Just a quick message to express my thanks to all involved in organising and marshalling the Saltburn Hill climb yesterday. Good weather, interesting people , even more interesting cars and motorcycles.

I think this is about the final album of this years Saltburn Hill Climb. These are photos from before the runs started and a few from during the final run of the day.. bit not many of the actual runs themselves.. more what was happening around and about.
Please feel free to tag.. or PM if you'd like a reminder from any of the Saltburn albums
X
Section